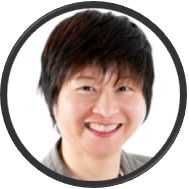 Overconfidence is the tendency for people holding incorrect, overly optimistic views and failing to comprehend the limits of their own actual knowledge and abilities.  Research suggests distinguishing three different types of overconfidence: Overprecision, overestimation and overplacement.

3 categories of overconfidence and negative consequences

Overprecision is a type of behaviour where believing that one’s own judgments, predictions and decisions are more accurate than the reality without question or justification. One of the underlying causes of overprecision is human nature trying to resolve internal dissonance in a stressful situation. We could make low quality decisions or serious mistakes in getting things done because overprecision discourages us from listening to others, taking advice, or accepting different ideas and suggestions. Because of overprecision, you could implement the wrong strategies and never get things done.

Overestimation refers to a tendency to believe that one can be better/more capable/perform faster than true performance or ability, which is based on an absolute personal evaluation of one’s own performance, not anyone else’s. It is a common tendency as it is a good feeling to believe in yourself! Because of overestimation, we may enhance ourselves too positively instead of accurately, misunderstand the level of control we have therefore estimate the time and cost incorrectly for getting things done. One simple project, such as decluttering your wardrobe may be completed after costing more time and money than the original plan. Sounds familiar? Overestimation could throw us into the deep end if we believe we are capable of handling a risky situation or believe everything is under control when in reality it is not.

Overplacement is called better-than-average effect. As the name suggests, it is the term used when people believe they are better than others, which is an incorrect perception. Recent studies find evidence of underplacement, meaning people view themselves worse-than-average, particularly when you have so many things to do and you are overwhelmed. Both overplacement and underplacement occur due to a disregard of the accurate point of reference or standard to compare with. People who overplace themselves are highly unlikely to take advice from others, more eager to engage with competition and new ventures without consideration of the risks. People who underplace themselves would often miss a significant opportunity while they could have succeeded if only they had the courage to make decisions and take actions. It seems that both overplacement and underplacement are so extreme that we could be emotionally and/or financially damaged either by getting involved with unnecessary competition or missing opportunities to grow.

In sum, the analysis presented so far has made it clear that any type of overconfidence is harmful for optimal decisions to get things done and becomes a hurdle for us to be successful.

In contrast, other studies provide evidence that overconfidence can be beneficial for our success. Johnson and Fowler state that “overconfidence can actually be advantageous on average, even if costly at times.” Research suggests that overconfidence is not only useful but essential to succeed in a competitive environment. Robinson and Marino confirm that overconfidence is connected with fast decision making in a dynamic environment thus new initiatives would never start without some level of overconfidence. In this case, overconfidence works as a motivator to achieve chosen outcomes regardless of the individual and the situation. Overplacement provides individuals with higher status and higher grades by colleagues even if the reason for confidence is unjustified. Those who believe they are better than others give an impression to other people that they are competent, capable of engaging with others and possess efficient interaction skills, all of which display leadership ability of an overconfident individual. Kennedy et al. conclude that benefits from overplacement are more significant than any possible costs. The analysis by Galasso and Simco indicates that CEOs with overprecision judge the failure probability lower than the actual. They are more innovative, particularly in competitive industries, and they are keen to bring new technology into organisations, that results in organisational success. Therefore positive impacts of overconfident CEOs may balance out the negative effects.

Is being overconfident the way to make fast decisions and get things done? Given both positive and negative outcomes, we now know that any type of overconfidence can be a two-edged sword.

How to overcome negative effects

Although overconfidence can be advantageous, sometimes we’d better assess our own beliefs and reality. When is the time for the reality check? Prior studies show that overconfidence can amplify results for the situation where one can influence outcomes. In that case, assessing our own beliefs and reality is recommended when it is impossible to control events. Helzer and Dunning suggest taking the third-person perspective and questioning the expected outcomes to be achieved by others will solve the negative effects of all types of overconfidence. It fills the gap between predicted and actual behaviour. Considering a possibility that we might be wrong and the reason why we could be wrong can help in adjusting our own judgment about confidence. Since over/underplacement occurs due to the lack of comparison or point of reference, having full information of the situation is helpful to avoid the negative effects of this bias. People with overprecision and overplacement are highly unlikely to take advice or suggestions from others. Establishing the systems to force us to consider perspectives of others or hypotheses can make us aware of the differences between our own beliefs and reality and assist us in avoiding the negative effects of overprecision and overplacement. For example, provide an explanation of our decision processes to the family and friends. We can establish our own systems which give us no option but to consider alternatives to defeat negative effects in making decisions to get things done.

Any challenge to get things done? Get coached by Akiko or attend Life Beyond Limits live/online training programs!

2 thoughts on “Is Overconfidence Good or Bad?”